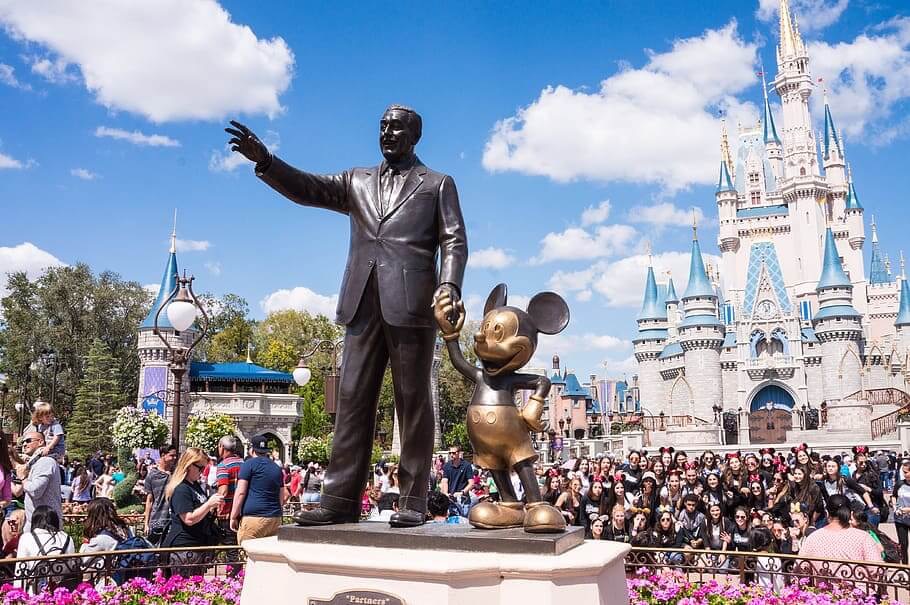 Start planning a trip for the whole family where you can enjoy unique experiences in one of the happiest places in the world, a place designed for kids and adults alike and where the fun never ends.

You’ll find action-packed moments, all kinds of attractions for all ages, the chance to meet your favorite characters and a entire fantasy world when you visit Walt Disney World theme parks in the United States and Disneyland in Europe. These incredible amusement parks are located specifically in Orlando, Florida in the United States, and in Paris, France, for the European public.

Both parks are also currently celebrating their anniversaries, with Disney World in Florida turning 50 and putting on a celebration that runs from October 2021 to April 2023, while Disneyland Paris is celebrating its 30th anniversary.

So there’s no better time to start planning a magical getaway guaranteed to awaken all five senses. Are you ready to create unforgettable memories that will last a lifetime?

Over 17 million people visit this tourist attraction every year, ranked among the top ten most popular destinations in the world. Because every month of the year is crowded, particularly during major celebrations like Halloween and Christmas, we recommend that you plan ahead when purchasing tickets to the parks, airline tickets and accommodations.

Don’t get overwhelmed; start by choosing your travel dates so that you can avoid the crowds as much as possible. Another important consideration is when you want to travel, since the weather changes depending on the season and can influence how much you’ll enjoy the experience.

It is also crucial to figure out how many days you’re going to need to visit most of the parks; if possible, we suggest at least 7 days for a stay in Orlando, although the sweet spot for this type of trip is anywhere from 9 to 12 full days.

With these considerations in mind, the rest translates into pure fun at the four main parks: Magic Kingdom, Epcot, Hollywood Studios and Animal Kingdom, and the two water parks: Typhoon Lagoon and Blizzard Beach.

You don’t turn 30 every day, and starting in March the Disneyland Paris theme park is celebrating in style. The park has gone all out to create an entirely new atmosphere during both the day and night, created exclusively for this celebration.

From now on when you walk through the fantastic Gardens of Wonder you’ll find a central plaza that houses 10 themed gardens and 30 sculptures of Disney’s most beloved characters. You can also watch a new, magical show along with other parades such as the renowned Disney Stars On Parade, Disney Illuminations and The Lion King: Rhythms of the Pride Lands, Mickey and the Magician, and The Disney Junior Dream Factory.

You’ll also be able to see the Disney D-Light anniversary night show; Sleeping Beauty’s castle is lit up with different special effects while the music plays, enveloping you in the park’s magic.

Located in the town of Marne-la-Vallée Chessy, the fastest and most inexpensive way to get to the park is by train. Simply take the red RER A line and it will take you less than an hour to get there from downtown Paris.

You can also stay over night for a much more intimate, 24-hour way to experience the magic of Disney. This option is particularly recommended if you plan to visit the other Walt Disney Studios park as well.

Sleeping at Disney is an experience and here is the list of accommodations we recommend: Disney’s Hotel New York – The Art of Marvel, Disney’s Davy Crockett Ranch, Newport Bay Club, Cheyenne, Village Nature, Disney’s Hotel Santa Fe and Disney’s Sequoia Lodge; everything will depend on the type of hotel you want to stay at and your budget, of course. 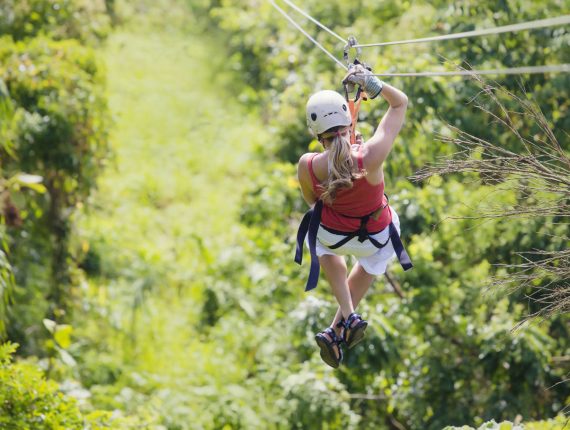 Fly Over Punta Cana Suspended from a Cable

Tips for your trips

Visiting new places is always exciting and adrenaline-filled, especially because of what you will discover, learn and do; because of the new experiences you will cherish.

Take note of these useful